Male military spouse, Chris Field, shares his thoughts about the military and drinking.

There seems to be a common thread running through military sociability: booze. It's the thread that allows you to tie one on just about anytime. It's everywhere. At the Exchange, at the local Class Six…hell, you might even score some free booze from those distributors hosting tasting events throughout the year. Play your cards right, and you could be half in the bag before the sun even goes down.

When I first drive through the gates, there's always the sign telling me how many days it's been since the last alcohol related incident on post. And when that sign 'resets' back to 1, I'm always tempted to check it out: “Uh oh, what did (one of a handful of likely suspects) do now?” Thankfully, I've never triggered it myself. Yet.

Image: The author, Chris Field, demonstrating some "top-shelf" parenting while at Epcot's Biergarten.

Whenever someone drinks, it's usually done as some sort of coping 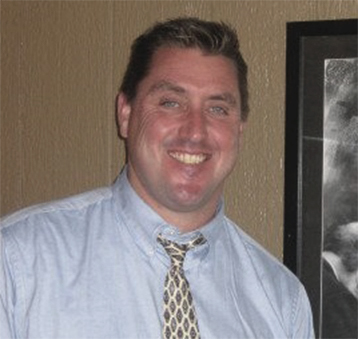 I've always harbored a theory about the military and drinking. It might not be a stretch to think that military members back from a hard slog downrange might view alcohol as a transitional tool, helping them reintegrate into 'normal' life. Helping them numb some physical or psychic injuries sustained during combat. Helping them by acting as the social lubricant that allows them to open up and socialize with fellow military or us civilians. Or to adjust to being 'back in the world'. Or merely because if you're the sort of person to join the military in the first place, you're probably more inclined toward danger and thrill seeking than your average person.

But none of that explains why we spouses drink. I'm thinking that, more often than not, the motivation to drink goes something like this: I'm bored. My (hardly groundbreaking) theory, that military spouses drink out of boredom, is one I've been thinking about lately. The reasons for boredom might stem from a lack of activity or a lack of enthusiasm. And there are any number of 'triggers' that send one off down the slippery spiral: My spouse is gone. The kids are asleep. I can't really do anything now. I've been stuck in this transition hotel for weeks. I don't want to go out to some bar. I've seen all the TV I care for today. I can't seem to find decent employment. Life's been kind of grey lately, not great, not bad. I haven't had a good time in a long time. I'm far from 'home'. There's nothing to do around here. I don't get this place. My neighbors aren't the type to get together. There may not have been sorrow in my life lately, but it sure hasn't been suffused with joy. And for us male spouses, there's the added confusion introduced by having our traditional male roles upended. I'm no longer burdened by having to be the primary breadwinner. But I am burdened by having to be the primary caregiver. And if I have to watch one more hour of Disney Channel, I'm liable to…not put a gun to my head…but definitely a bottle to my lips. I'm bored.

“And hey, what do you know? There's the magic booze bottle!”….all of a sudden, one's evening takes shape.

Here's the thing about Demon Alcohol: if you get enough of it into your system, booze dissolves. And I don't mean 'it dissolves into your system'. It dissolves you. It makes the 'you' versus 'not you' indistinguishable. It inflates and minimizes at the same time. Depending on your mood, it can lighten an already great day into something brilliant, or darken your already dim disposition into blackness. It makes you 'see' things that might not have ordinarily occurred to you. Yes, you lose your inhibitions, and you feel free. You feel alive again. But remember, our inhibitions aren't always bad things. Common sense, tact, decency, good judgment…these are all things that inhibit us from making poor decisions. When you jettison those things, you lose a vital part of yourself. The 'you' becomes dissolved…'dis-solved'. Un-solved. The 'unity and cohesion' of you becomes splintered.

In the ancient Greek tragedies, Dionysus (the god of wine, whirring ecstasy, delirious madness, orgiastic mayhem) represented the 'moment' when you became diffused into the universe, when you joined 'the universal'. It's kind of like when you take on one of those monster roller coasters and are plunging toward the ground. You feel elated. You feel excited. But you also feel dread and terror as well. That's booze: you don't know whether you feel great, or lousy or enthused or just filled with wrath. Probably a little of each. But you'll never know, because your boundaries have become blurred.

I think F. Scott Fitzgerald was on to something: “First you take a drink, then the drink takes a drink, then the drink takes you.” When drinking becomes a habit, it becomes this thoughtless, automatic activity. You don't even have to have a reason anymore to drink. It just happens by itself. It takes on its own inertia, its own momentum. And by 'inertia', I don't just mean 'the habit of drinking', I mean I've seen some guys who don't just down a couple of beers on occasion, those couple of beers nearly always catapults them into a full-on binge. Two beers into an evening, and they're just off to the races. They lose control, yes, but more importantly, they also lose the capacity to put the brakes on. In short, they've become mastered by the bottle.

Let's not kid ourselves. Inasmuch as drink might be the conduit of a great time, or fill your sails with a much needed gust of enthusiasm, or fill your head with entertaining ideas…drink is poison. To become intoxicated is to en-poison yourself. I've dabbled in Nietzsche studies for some time, and self-mastery is one of the things that he stressed when he references 'the soul'. To him, the soul wasn't 'the thing that lived on after you die', it was an 'organizer' or 'capacitor' of your drives and instincts. When your soul is 'healthy', your drives and instincts are running smoothly. You're firing on all cylinders. You're aligned with your goals and values. You channel your energies toward constructive ends. But when your soul is 'sick', your drives and instincts incline toward dissolution and decay, toward what is harmful. I try to keep that in mind when I crack open a cold one: am I doing this from a position of strength and health, or am I doing this from a position of fatigue and weakness? What is it about my life at this moment that I want it to be different or to be otherwise than it is right now? Why is my first instinct to poison myself?
If I'm bored, is it because my life is boring, or because I am boring? If I am in pain, will this drink cure the pain or make it more firmly rooted? And I try to at least occasionally remind myself of a question each drinker must ask himself: what's going on in my life that makes me want to poison and take leave of myself temporarily?

In many ways, drink is a lie. And there are many lies I willingly buy into: that Sylvester Stallone singlehandedly laid waste to a Vietnamese POW camp, or that incorruptible billionaire Christian Bale operates outside the bounds of law to brutalize outsized lunatics. Or that someday I'll be able to fit into all of those clothes I've been dragging around for years. But booze lies about any number of things. It tells me that I'm more attractive to the bikini cutout girl if I drink Miller Lite. It tells me that drinking Dos Equis makes me far more interesting than the pedestrian masses swilling other lagers. It seduces me to the idea that because my drink of choice isn't 80 proof, I can't possibly have a problem. But booze's biggest lie is to make you believe that it isn't lying. That you are at the helm while it drags you around by the nose. Like Satan's greatest trick was convincing mankind that he didn't exist, booze's greatest lie is that if some is good, more is better. More is always better.

Men, I don't want to sour anyone's good time. I enjoy my beer, and maybe you do too. But let's never forget that booze is that gaggle of curvaceous lovelies on the beach. From a moderate distance, they make you feel that life is pretty good. That it's good to be a guy. But when you get too close, when you don't know where and when to draw the line, when their scented shampoo and flirtatious giggles scramble your brain and make you start entertaining the prospect of pissing your life away, you're playing Russian Roulette with the life you've worked so hard to build.