Who Gets My Holiday Donation?

Who Gets My Holiday Donation?

My mom was looking to make a holiday donation to a trustworthy non-profit organization that supports military families, but she had no idea where to give. 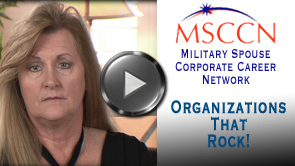 I told her about this medium-sized non-profit doing great work putting military spouses and veterans to work, I believe they've placed about 7,000 veterans and spouses in 2015 (maybe more/less, I don't have access to the up-to-date numbers).

Donate to CASY and MSCCN

Unfortunately it's a fact that not every non-profit organization spends their money wisely, many pay for bloated salaries, bloated leases, and bloated bonuses before actually helping the military family.  CASY and MSCCN have busted their asses to keep their overhead low while spending most of their money/effort on finding jobs for every one of their applicants.  I believe they spend $.93 of every dollar on their mission...impressive!  But don't take my word for it, watch this video and learn more about these great people doing great things.  Then decide on whether you can trust them with your donation.