Think the Fiscal Cliff is scary?

Think the Fiscal Cliff is scary?

Wait till you do your taxes!!!

(The Old Fart speaks his mind and we encourage that at Macho Spouse.  However, The Old Fart's views do not necessarily represent the views of Macho Spouse...but he sure is fun to read.)

You crazy political cry-babies, you stubborn fools who call yourselves the people's choice are you really that blind? 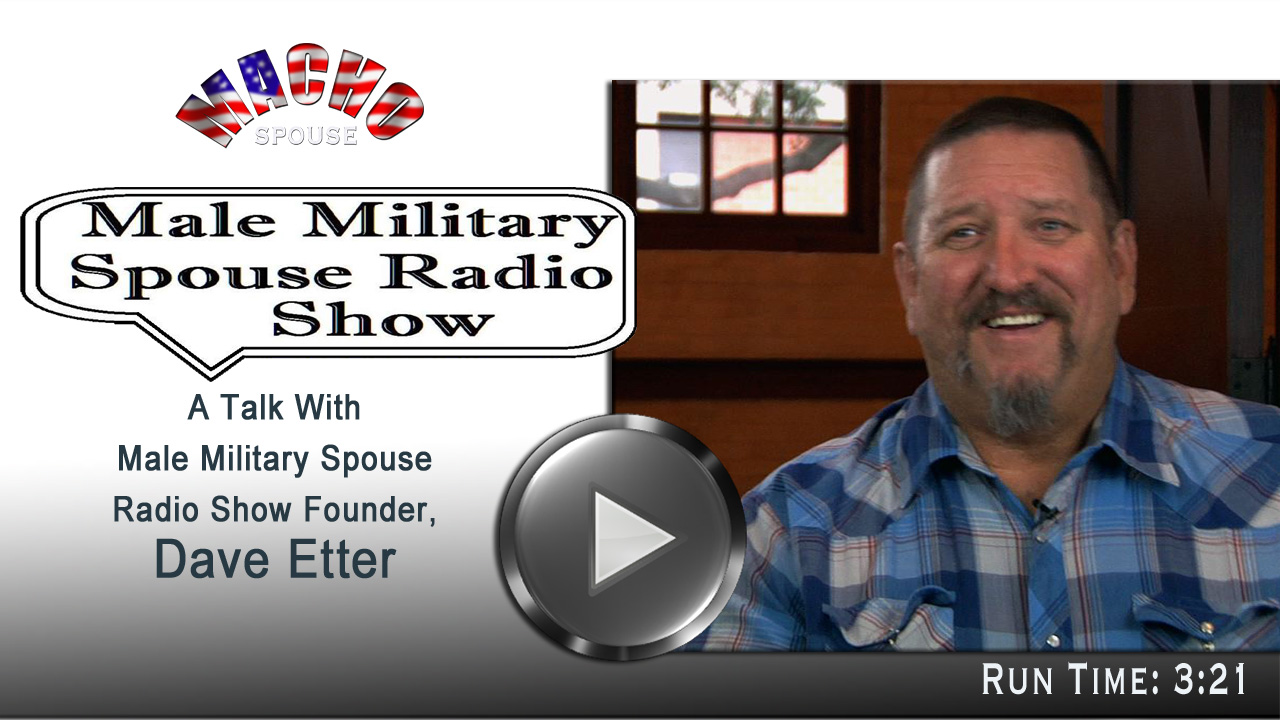 You think everyone wants you to hand them money for doing nothing? Oh, wait, my apologies. Some of those people who elected you are called welfare recipients, and they make up most of your political backing! The rest of the voters that make the majority of your backers are perpetually unemployed, collecting the free handouts that used to be only a temporary hand up.

You see, I had to do some digging to find out what this Fiscal Cliff we seem to have â€œrunâ€ into is all about. I keep hearing about the tax cuts that were enacted during the Bush years expiring, a tax relief effort that liberals want gone anyway. Yet, they scream Fiscal Cliff and how the cuts expiring are going to hurt us as a nation. Really? Then why don't you join the conservative side and extend them!!! Oh, wait, you cannot conceive of a conservative thinking of something good for the common folk. Face it, your people won the elections by smoke and mirrors, and now you try to use the same smoke and mirrors crap to shift blame of half of the fiscal cliff â€œcrisisâ€ on the Bush years! What about the immediate multi-trillion dollar deficit (the other half of the Cliff) that came into being at the stroke of midnight New Year's Eve? And, then you want to call us conservatives evil when we don't want to continue handouts to the perpetually unemployed? If you want to change something, change the weird taxes that punish small business with when they try to employ them.

Wanna know how to stop this â€œFiscal Cliff travestyâ€ from becoming worse? Math is the solution, and here are the math facts. Anything that is manned by government employees are being paid by taxpayers. That adds to the deficit. We must take care and not mistake State run government programs from Federal run programs. State run programs are part of the individual state deficits, and not what we are talking about here. Nope, we are talking Big Brother. Easy way to tell is if the program is Federal is it has the word Federal in it. There are some exceptions, but, it's a good rule-of-thumb. Like the Federal Communications Commission. What would happen if we abolished the FCC? Well, let's take a look! Let's do away with the FCC!

The FCC came into being to regulate television and radio transmissions around the United States so that if, in an emergency (atomic bomb, et al), the FCC could commandeer each broadcast signal and pass on the Federal facts. They also ran how and where you could string lines for telephones across the fruited plains. Do we need the FCC anymore? Hell no! They are useless now! If you want to tout safety (as dished out by FCC regulations) as a means of insuring we (the evil small businesses running anything regulated by the FCC) comply with safety regulations, you are dumber than you look! There are more activist groups out there providing a greater degree of safety than the FCC can provide! And radio and television broadcasters are more afraid of them than the FCC! Ok, now, what about FCC regulated content? You know, cussing, nudity, moral compass stuff? Hate to tell you, bubba, there isn't any. There was once upon a time, but not anymore. Ok, what about the wires across the skies? Sheesh. A lot of those towers and poles are coming down in droves these days, only the power company has yet to be radically changed, and they are consolidating to taller, trimmer, better â€œlookingâ€ towers. So, not very much airborne telephone wires â€“ buried fiber optics are now the standard over copper strands. Plus, with wireless internet and cell phones, there is less and less for the FCC to regulate! So, we get rid of the FCC, and we LOSE THAT DEFICIT GROUP! OUR TAXES COULD DROP!!!

How about letting our states run themselves without Federal meddling? We could do away with most Federal Law Enforcement programs if we just let the states do what they are supposed to do! Did you know that in Arizona the highest ranking LEO (Law Enforcement Officer) is the local Sheriff? Yup. No-one outranks the Sheriff, not the CIA, not the FBI, not NCIS, NO-ONE! In fact, almost ALL counties in the USA have this same LEO structure! So, let the Sheriff's do what they are supposed to do! Reduce the size of the FBI, et al, to what we see on TV Dramas and we should save a bundle of bucks. Technically superior goodies like the tablets and transparent touch-screens can be funded by impounded cash, so, all local LEO expenditures should be easily covered! Free what little Homeland Security (the Federal equivalent to the Nazi SS) left to doing what they were created to do â€“ protect our borders! You smaller states and towns, drop your in-area residence requirements to broaden your hiring pool. You'll be ok.

Here's my biggest pet peeve: Department of Economic Security. Get rid of DES! With our technologies as advanced as they are, we could help OURSELVES out in finding jobs. We could help each other out in a neighborhood setting, church fellowship hall or community setting by pooling our private laptops and wireless gadgets weekly to help our local folk get jobs! As anyone who has worked the job market knows, it sure ain't what you know, it's who you know when landing the better jobs. But, by staying neighborhood local, you could get the quality worker for that your restaurant needs by helping the person you know as a neighbor find what is available! DES used to do this, but have gotten away from helping and now just collect data that goes nowhere, especially to the cubicle across the hall, wastes the needy's time, and wastes tons of trees. Add to that the perpetual unemployed; the gal who would rather get food-stamps and unemployment checks because she is so inclined and was promised this money by some slick Politian. Oh, yes, they DO exist! I saw one gal who had gold caps on her teeth, fat rolling out her g-string peeking (actually looked like the cloth was trying to escape) over her hot pink sweat pants, telling the worker she just couldn't find any job that suited her and her delicate disposition of stripper. They gave her money and food-stamps!!! I'm telling you, DES is a useless waste of taxpayer dollars, doling out taxpayer dollars to those unwilling to work! Yes, there are those who truly cannot find a job for valid reasons â€“ and we do hear about and know them personally, that cannot find jobs because the area they live has no jobs available. I'm not talking about these good folks â€“ they, however, are in THE MINORITY of the jobless! As long as the liberals we keep putting in office keep handing out cash because they cannot find a job as â€œCEO of Macysâ€, we will continue to have to give up our hard earned cash via illegal taxation for these bums to waste! If we MUST keep DES, make it an enforcement branch of welfare, refusing to handout more that it does. Make DES give out pee tests in order to collect ANY handout! Help the TRULY NEEDY, like it was supposed to do in the first place!

Here's one that will hurt, but, we need to do it. GET RID OF TAX REFUNDS! Or set a cap of, say, $500.00 per individual filing. Let's face it folks, the IRS scammed us a long time ago. The Income Tax was a completely voluntary tax (meaning you DID NOT HAVE TO PARTICIPATE) for those who made significantly less than what your bosses' boss made. It was a tax for the rich. Draw back was, once you filed, you had to file every year for the rest of your life! Now, the IRS has to hire CPA's who charge A LOT for their abilities to spot and correct errors of those found to be possibly cooking their books. Oh gasp, cheating the government â€“ how could they? These scallywags, these cheaters â€“ throw the book at them! Urps, in the beginning of the IRS, there were no lawsâ€¦ so, the Feds made laws designed to catch all our Public Enemy Number 1's (Capone, et al) and put them away for the rest of their lives, something they couldn't do in court for all the folk they murdered along the way. Now, those very IRS laws can hurt you and me! But, wait, what if you don't lie? Here's a quick story about a friend of mine:
He hasn't gotten his W-4 from the Navy yet, but he does have the December LES. Time to fire up Turbo-Tax Online (an unpaid blatant promo) and see what his family were going to get back as a refund, with all these scares on TV about a Fiscal Cliff etc. He plugged in all the details as best as he could find on the LES. He couldn't believe his eyes â€“ he called me and told me everything. (Note to readers â€“ don't do what my buddy did â€“ no-one needs to know what you get back each year!) With what he showed on the screen, he was getting over $8 thousand back from the IRS!!! He only got $3500 the year before, and he made less this last year because his wife became a stay-at-home mom. Something seemed amiss, yet, he did everything right, and that is what it looks like he'll get! One draw-back is the forms needed to finish his tax return are not finalized through congress until around February, so, the total may change a bit. For his sake, I hope not.

Back to getting rid of tax refunds. If my friend ends up with $8k back, is he taking advantage of the Federal Government? Can he give the money back, like a good citizen might be so inclined to do? Sorry, no. There is no clear cut way to give the money back. Plus, he has an advantage, his being an active duty sailor. Facts are, if he were to get no refund at all, he would still be gainfully employed, he would still be living in Navy Housing, he could still shop the Commissary and Exchange, and he still could eat at the Mess, along with his family. He doesn't need the refund. What if the entire US is getting that kind of refund? During my research, I read something I can't find again â€“ that the Fiscal Cliff is equal to every taxpayer owing an additional $4000. Sounds about the same as the amount my buddy is seeing his refund increase. Is there a coincidence?

How many of us deserve it?

How many of us are going to see our taxes increase?

What if we will no longer get refunds?

Can't wait to do my wife's taxes, she's Army. I may have to go get a job and quit griping about things.