Do You Know Your American Flag Protocol?

Do You Know Your American Flag Protocol?

Did you know that American Flag Protocol (or American flag etiquette) is actually part of federal law? It provides general guidelines to answer some common questions about how the American flag should be handled and displayed. Although it is federal law, there are no federal penalties imposed for failures to comply with the law. 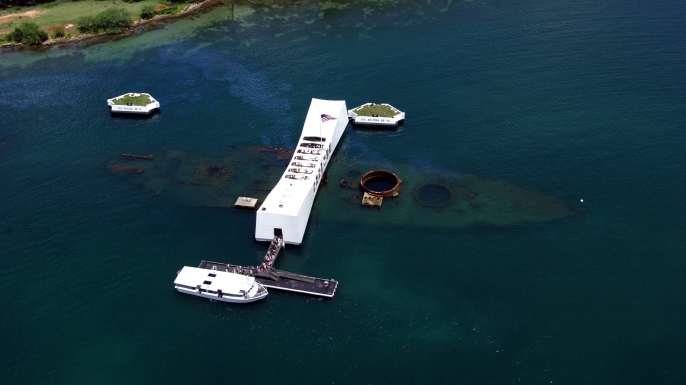 While stationed at Los Angeles AFB, I drove by this motel on the way to work one morning and I noticed that the US flag was flying upside down. People were entering and leaving the building as if nothing was wrong. So, I pulled in and asked one of the workers if everything was okay in the building and I notified him that they were dislaying the flag upside down. He said everything was cool and he fixed the flag immediately, but he didn't understand why I was asking if everything was okay. So I explained to him that a US flag flying or displayed upside down is a distress signal (extreme danger to life or property).

Did you know that a US flag flying or displayed upside down is a distress signal?

I grew up in Southeast Washington DC and I remember visiting a couple of the military bases in the area when I was a kid. I lived up the hill from Bolling Air Force Base and I had an uncle who lived next to Andrews Air Force Base.

One of the coolest things was watching how everything on base stopped when the American flag was being lowered. I wasn't military back then and I was clueless as to why this was happening. I just thought it was cool to see everyone stop in their tracks while the flag was lowered. Plus, I was thinking, "Where is that music coming from?"

Fast forward a little...I learned quite a bit of flag protocol at the US Air Force Academy and Prep School. Reveille and Retreat were two of my favorite formations. I learned that there is a lot behind American flag protocol and there are some important things about the flag that every American would benefit from knowing. (The distress signal is one.)

Did you know that the American Flag Code is in Chapter 1 of Title 4 of the United States Code?

Remember, I'm just trying to help a male military spouse avoid one of those moments when your ignorance is revealed...publicly. (I've been there and done that.) If you are a new male military spouse, the American Flag Code is something you want to check out.

Here are some links to get you started:

Do You Know About the USO?