From the press release: “Down in Austin, Texas there's a group of guys who are unapologetically loud and riotously funny. They're like a fraternity, but this time around, all-nighters, babes in your bed, empty bottles and projectile vomit carry a whole new meaning. They're on 24/7 dad-duty…their dreams used to be fast women and fast cars, but now they only fantasize about using the bathroom without an audience. Their wives may bring home the bacon, but these dads have no trouble fryin' it up in the pan.”

It revolves around four stay-at-home dads in Austin, Texas and follows their adventures balancing their requirements at home and society's definitions of “modern men” and “modern dads.” Production is expected to begin immediately. 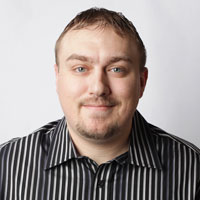